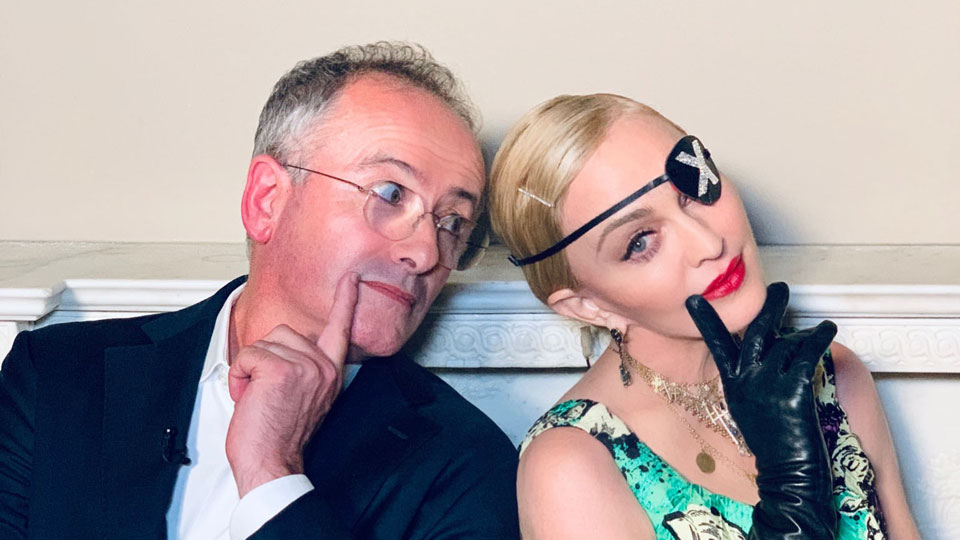 Madonna‘s first Australian interview in years aired on Tuesday on Channel 7. The podcast of the 30 minute chat Madame X had with Andrew Denton for his Interview in London is available now: check it out here.

Marking the release of her new album, Madame X, the pop icon sits down for a chat with Andrew in London. This wide-ranging, funny, thoughtful conversation touches on: the Madame X persona and what it means to her; the move to Lisbon and the musical inspiration it provided; her memories of the first time she went to a gay club; motherhood, her six children and the surprising places they have taken her; why Catholic iconography continues to draw her in; what she would say to the Pope if they met; and her makeover tips for Andrew, one of which defines her whole career: “Be daring”.

At the beginning of the interview Andrew Denton got to hear straight from the source the story behind the Madame X eye patch:

Madonna explained it dates back to the time she wrote the Madame X manifesto and all the different things she does. When it came to the video for the first single Medellín she had to create a back story for the persona of cha cha instructor she plays in the video:

She just escaped incarceration, a kind of kidnapping. She’s been living in the Amazon for about eight months. She’s suffered deprivations, of all kinds physical abuse of all kinds, and in the course of her incarceration she has her eyeball taken out.

So when she escapes, you know, she designs eye patches that look a little bit chic and elegant.