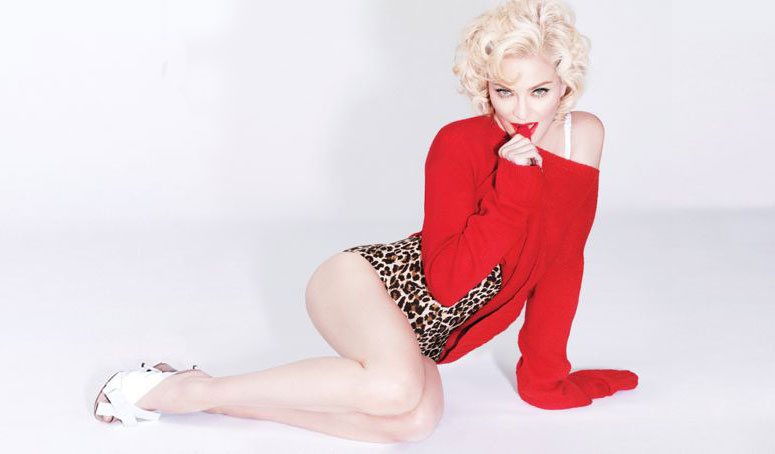 Rollingstone.com has been updated with their new cover story where Madonna gets “fiery and introspective, discussing ageism, Gaga and more.”

The new issue will be on the stands and in the iTunes App Store this Friday, February 27th.

Madonna returns to the cover of Rolling Stone in our latest issue (on stands Friday) giving her most revealing, introspective and fiery interview in years. In the in-depth Q&A with senior writer Brian Hiatt, Madonna discusses her real feelings about Lady Gaga, her marriage to Guy Ritchie, her relationship with Judaism, her assessment of Kanye West, her love for Whiplash and much more.

“I don’t think she wants my crown,” Madonna says, referring to Gaga. “We live in a world where people like to pit women against each other. And this is why I love the idea of embracing other females who are doing what I’m doing… The only time I ever criticized Lady Gaga was when I felt like she blatantly ripped off one of my songs. It’s got nothing to do with ‘she’s taking my crown’ or ‘she’s in some space of mine.’ She has her thing. I do think she’s a very talented singer and songwriter. It was just that one issue. And everybody’s obviously running with it and turned it into a huge feud, which I think is really boring, quite frankly. And you know what? I don’t care anymore. Here’s the thing: one day everyone’s going to shut up about it. You’ll see! I have a plan. ” 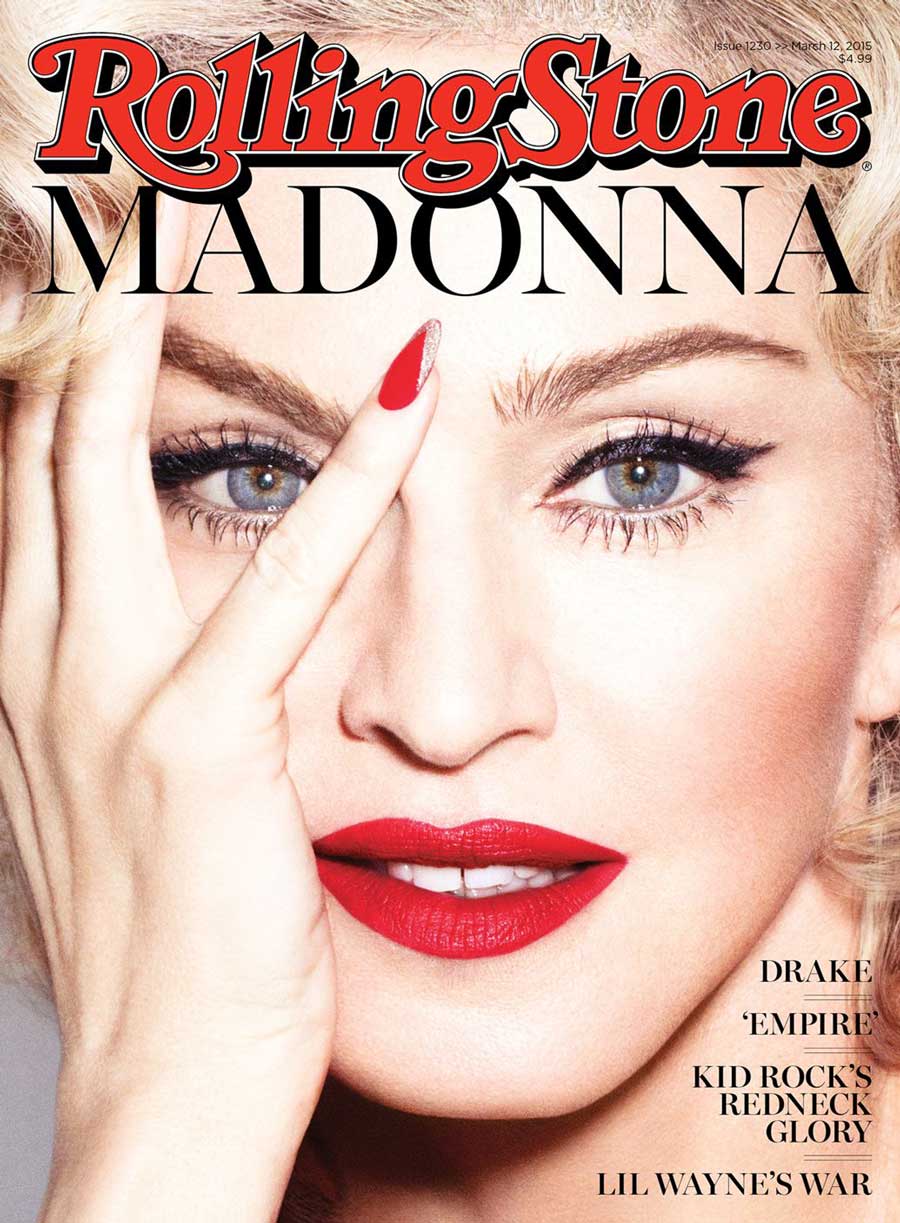 But Madonna, who will release her new album Rebel Heart on March 6th (read our review of the album here), reserves her most passionate and eloquent remarks for the topic of ageism, in pop writing and in society. “It’s still the one area where you can totally discriminate against somebody,” she says, “and talk shit. Because of their age. Only females, though. Not males. So in that respect we still live in a very sexist society.”

“No one would dare to say a degrading remark about being black or dare to say a degrading remark on Instagram about someone being gay,” Madonna continues. “But my age – anybody and everybody would say something degrading to me. And I always think to myself, why is that accepted? What’s the difference between that and racism, or any discrimination? They’re judging me by my age. I don’t understand. I’m trying to get my head around it. Because women, generally, when they reach a certain age, have accepted that they’re not allowed to behave a certain way. But I don’t follow the rules. I never did, and I’m not going to start.”

And if you’re wondering if there was a message behind showing off her bare butt on the Grammys’ red carpet: “This is what a 56-year-old ass looks like, motherfuckers!” she says. And to the suggestion that her awe-inspiring physique isn’t exactly average, she retorts, “You know what? It could be the average some day! That’s the thing.” (Listen to Madonna’s entire statement on ageism in pop culture below.)

“When I did my sex book, it wasn’t the average,” Madonna says. “When I performed ‘Like a Virgin’ on the MTV Awards and my dress went up and my ass was showing, it was considered a total scandal. It was never the average, and now it’s the average. When I did Truth or Dare and the cameras followed me around, it was not the average. So if I have to be the person who opens the door for women to believe and understand and embrace the idea that they can be sexual and look good and be as relevant in their fifties or their sixties or whatever as they were in their twenties, then so be it.”