Madonna performed Like a Prayer, went on with Dark Ballet – which included a spoken part over an electro-synth rendition of Tchaikovsky’s Nutcracker Suite – as an interstitial and was then joined by Quavo for Future at the Eurovision Song Contest Grand Final in Tel Aviv tonight.

They are so naive – they think we are not aware of their crimes. We know, but we’re just not ready to act. The storm isn’t in the air, it’s inside of us. I want to tell you about love and loneliness. But it’s getting late now. Can’t you hear outside of your Supreme hoodie, the wind that’s beginning to howl?

Here are the first images from the show – which ended up with a very strong message that we sincerely hope won’t be missed. 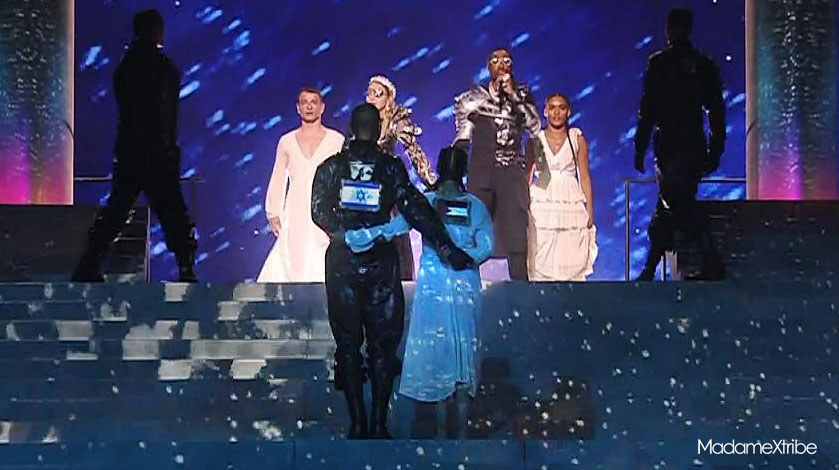 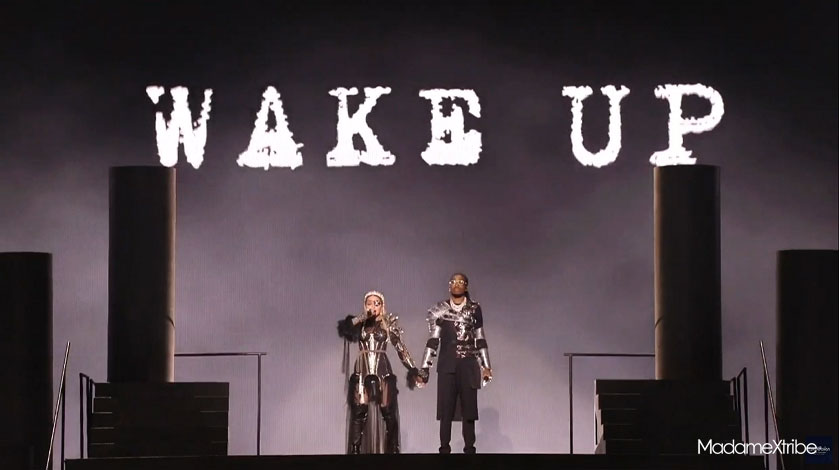