Madonna partnered with Too Faced to create two makeup kits based on the looks she’ll be wearing on her upcoming Madame X Tour.

Too Faced co-founder Jerrod Blandino revealed the collaboration on Instagram and gave the fans a sneak peek at the Madonna Pop-Up Shop that opened today in lower Manhattan to celebrate the kick off of the Madame X Tour at the Howard Gilman Opera House next week.

You can buy the new sets at the Pop-Up until  Thurdsday 19 September for 75 $ each – both include a mix of Too Faced exclusives as well as brand bestsellers and are named on the opening and closing songs from the Madame X album. 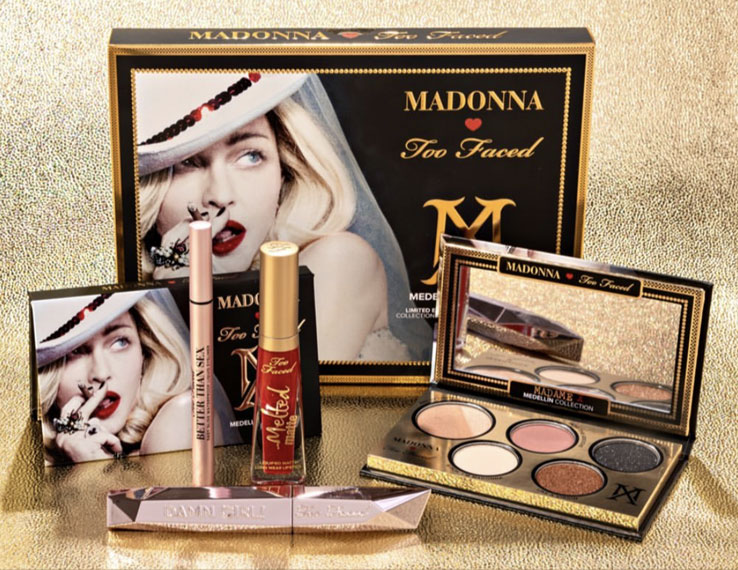 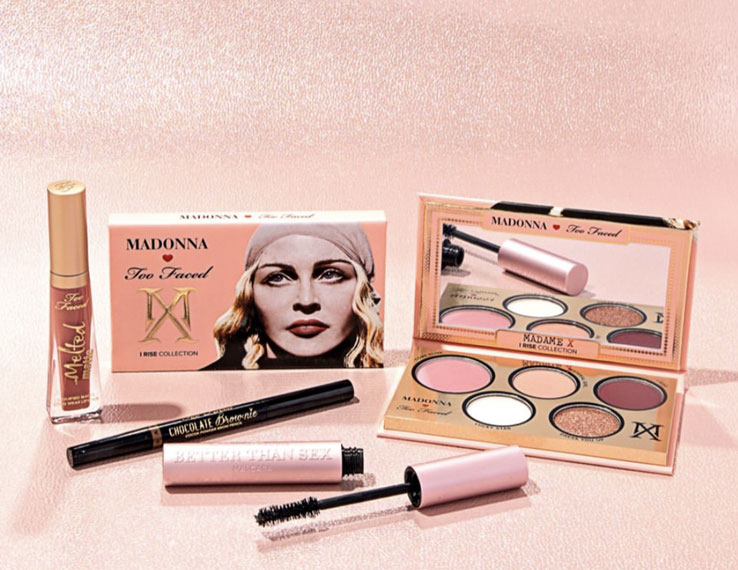 The I Rise kit features a blush and eyeshadow palette with golden and mauve powders, Melted Matte Liquid Lipstick in Sell Out, and Better Than Sex Mascara.

The Madonna x Too Faced makeup kits are reported to be also sold at each upcoming tour date.