Madame X is… not a Grammy nominee 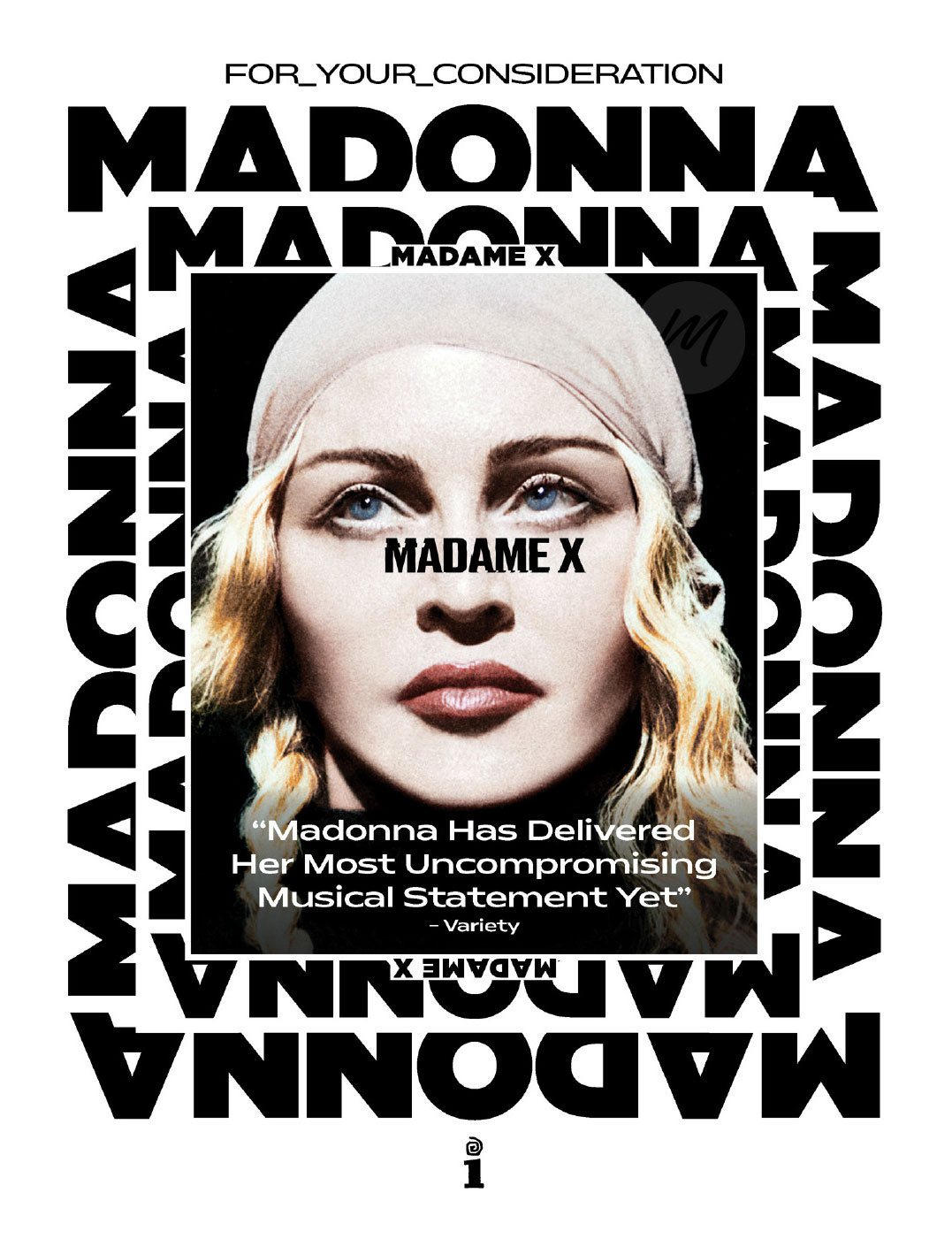 Nominations for the 62nd Grammy Award were announced today, and it’s with great disappointment and not much surprise that we have to report that the Tracy Young’s Pride Intro Radio Remix of I Rise is the only Madame X-related entry, as a nominee for Best Remixed Recording.

Technically it is Tracy Young as a remixer who is listed in the category, which will make Madonna completely ignored as an artist at next year’s awards.

It’s worth noticing that also Bruce Springsteen, who released his Western Stars at the same time of Madame X receiving glowing reviews on his how is nowhere to be seen in the 2020 nominations.

Lizzo leads the list of nominantions with eight entries, Billie Eillish and Lil Nas X follow with six, and Ariana Grande, H.E.R. and Finneas O’Connell have five each.

Madonna, who won 7 Grammy Awards and was nominated 28 times to date, was rumoured to have made several submissions to the Recording Academy from Madame X, including I Rise (as Pop solo performance), Medellín (as Pop duo group performance and Best music video), Crave (for Record of the year) and of course the critically acclaimed Madame X for the album of the year category. None made the list.

On Madame X-related news, congratulations to Maluma who scored his first Grammy nomination for Best Latin Pop Album with 11:11.

Listed below are the nominees for Best Remixed Recording and the ones for the other categories Madonna was rumoured to have made submissions for – please check grammy.com for the full 2020 list.

Album of the Year
I, I – Bon Iver
Norman F—ing Rockwell! – Lana Del Rey
When We All Fall Asleep, Where Do We Go? – Billie Eilish
Thank U, Next – Ariana Grande
I Used To Know Her – H.E.R.
7 – Lil Nas X
Cuz I Love You (Deluxe) – Lizzo
Father of the Bride – Vampire Weekend

Alicia Keys will host The Grammy Awards ceremony for the second year in a row on 26 January 2020 at the Staples Center in Los Angeles.