The first two Madame X Tour shows at Le Grand Rex in Paris on February 18 and 19, 2020 have been postponed to March 10 and 11, Live Nation France announced this morning.

At MadonnaTribe we feel for the fans affected by another unexpected change in the tour schedule.

Here is the official statement from Live Nation, who curiously have already updated their Paris poster with “new dates!”

With Highly technical production elements, the first dates of Madonna’s Madame X Tour, originally scheduled for Tuesday 18 and Wednesday 19 February, will be postponed to Tuesday 10 and Wednesday 11 March, becoming the Last dates of the series of performances at the grand Rex in Paris. The performances scheduled for February 20, 22, 23, 25, 26, 27, 27, 29, 1, 3, 4, 5, 7 and 8 March don’t change. 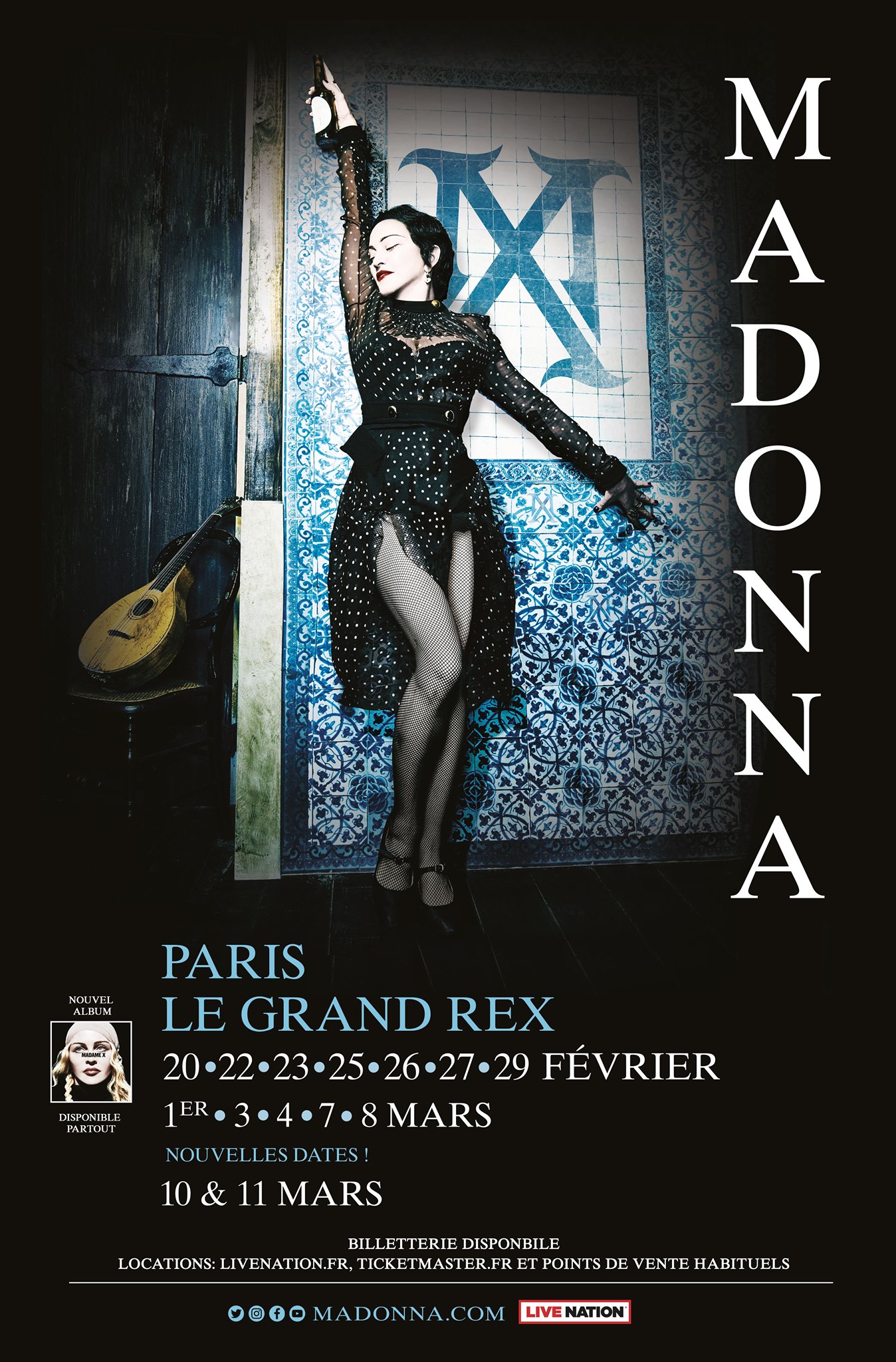