On June 12 St. Martin’s Press will release Siren Song, the autobiography of America’s greatest living record man: Seymour Stein, the founder of Sire Records and spotter of rock talent from the Ramones to Madonna.

Not only Stein has he signed and nurtured more important artists than anyone alive, now sixty years in the game, he’s still the hippest label head, travelling the globe in search of the next big thing.

Since the late fifties, he’s been wherever it’s happening: Billboard, Tin Pan Alley, The British Invasion, CBGB, Studio 54, Danceteria, the Rock n Roll Hall of Fame, the CD crash. Along that winding path, he discovered and broke out a skyline full of stars: Madonna, The Ramones, Talking Heads, Depeche Mode, The Smiths, The Cure, Ice-T, Lou Reed, Seal, and many others.

Brimming with hilarious scenes and character portraits, Siren Song’s wider narrative is about modernity in motion, and the slow acceptance of diversity in America – thanks largely to daring pop music. Including both the high and low points in his life, Siren Song touches on everything from his discovery of Madonna to his wife Linda Stein’s violent death.

Ask anyone in the music business, Seymour Stein is a legend. Sung from the heart, Siren Song will etch his story in stone. 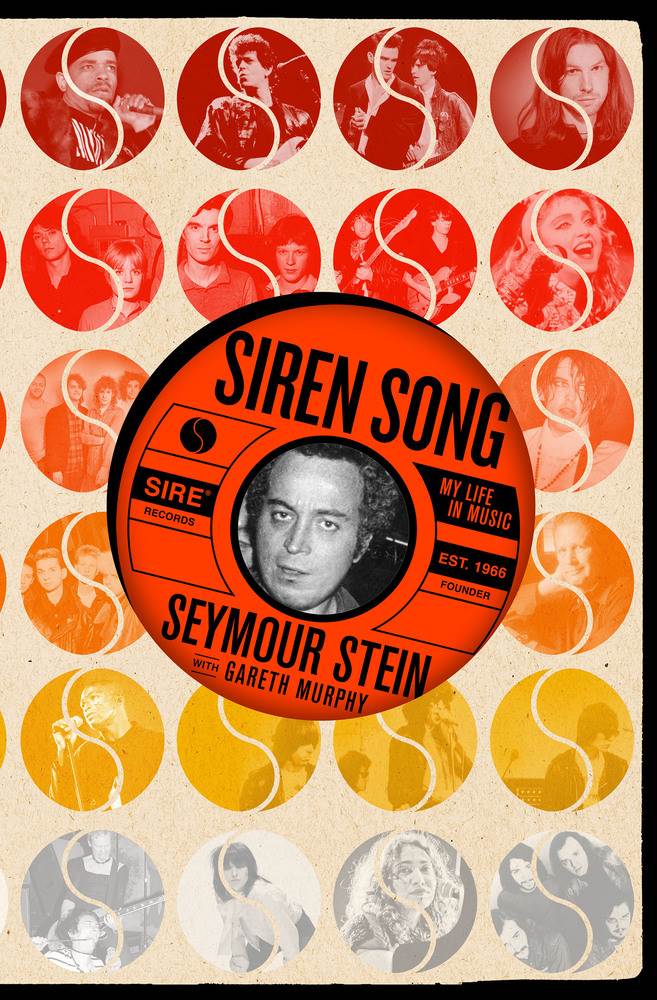 On April 18, 1942, I was born Seymour Steinbigle, the only son of Dora and David. Considering my life’s obsession would be to get there first, it’s funny how late I arrived. Mother Nature’s stork dropped me down the chimney just as the biological clock was closing in on midnight. My forty-one-year-old father was the last Steinbigle, who’d almost given up praying for a son to carry the ancestral name. My only sibling, Ann, was already six years old and might have already resigned herself to being an only child.

My birth was greeted with sighs of “At last!” The question was, would I last? I was born with a cardiac defect, a hole between the left and right heart chambers. In those days, they called it a murmur. As we now know, that little heart kept beating like a drum all the way to the pages of this autobiography, but who’d have bet on it? It was my destiny to begin life as the fragile boy, the defective model, exempted from sport and spoiled rotten by a mother who always heard a time bomb ticking in my chest and did what any mother would have done in such a situation. She held my hand tight, hoped for the best, and tried to savor every precious moment.

Read a longer excerpt and pre-order the book here.