Behind Madonna’s ‘Like a Virgin’ performance at the 1984 VMAs

Ahead of MTV’s first Music Video Awards, broadcast Sept. 14, 1984, the network was having difficulty booking top talent. Co-hosts Dan Aykroyd and Bette Midler were in their 30s, old for the MTV crowd, and ZZ Top had refused to play – until the network pulled the band’s videos and manager Bill Ham relented.

MTV did, however, secure a largely unknown singer whom MTV’s Chip Rachlin recalls “was a bit difficult.” Madonna wanted to sing a new song, “Like a Virgin,” to a full-grown, white Bengal tiger. The big cat was nixed. Instead, she decided to emerge from a 17-foot tall wedding cake and sing the song in a white wedding dress, a bustier and a BOY TOY belt buckle — a classic Madonna mixed message. But as she descended, one of her white stilettos slipped off. “So I thought, ‘Well, I’ll just pretend I meant to do this,’ and I dove on the floor and I rolled around,” she later said. “And, as I reached for the shoe, the dress went up. And the underpants were showing.”

“Was it perfect? No, but it worked,” says her former manager Freddy DeMann.

“I think we all know she had a few drinks, because she had to get up the nerve to crawl around like she did,” says Les Garland, former executive vice president of programming at MTV. “She stole the show.”

But at the time, many industry people felt her performance was a disaster; her longtime publicist Liz Rosenberg says, “People came up to me and told me her career was over before it started.”

Huey Lewis recalls that his longtime agent Dan Weiner scoffed and said, “This gal, Madonna – this is not going to happen.”

Ratings for the show were good, which “allowed us to assert a certain pull in the music industry,” Pittman says. Soon, music’s biggest stars were vying to appear at the VMAs. The next year, the awards were hosted by Eddie Murphy, who was, in Garland’s words, “the biggest star in the world.” MTV – thanks largely to Madonna – had launched its first franchise.

Every year since 1984, someone else has tried to steal the show: Prince wearing assless pants in 1991, Fiona Apple making a fiery and profane acceptance speech in 1994, Britney Spears frolicking with a Burmese Python in 2001. The VMAs were enshrined as “the what-the-hell-is-gonna-happen-next? show,” says Dave Sirulnick, who executive produced it for many years. “I can’t tell you how many times we heard artists say, ‘I want to have the special moment everybody remembers the next day, and three years later.'” 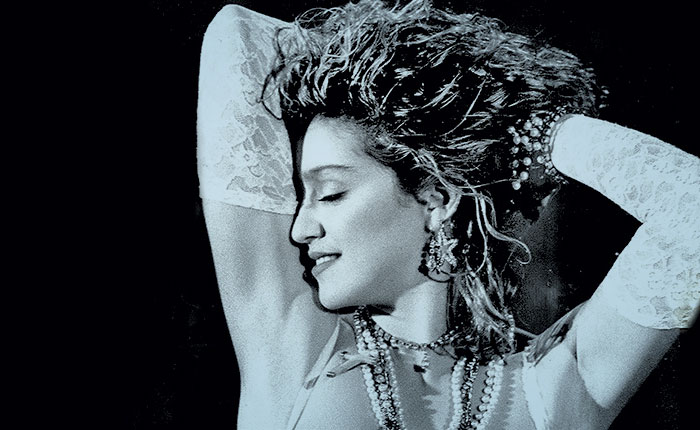